During summer exhibition 2022 only open by appointment

Aracelly Scheper received the VVAO prize and O-68 added the O-68 work prize to it.

Saturday 2 July the BA students of ArtEZ received their diplomas.

About the work of Aracelly Scheper:

Minimal gestures, gentle movements and a subtle approach of the objects pictured. In the silent video works and installations of Aracelly there is a sensible absence of something or someone.
Driven by the absence of her Colombian background she collects objects that once belonged to her Dutch family.

“In my video’s they become part of the desire to understand my situation, my history and foremost my identity.”

More work of Aracelly and other graduates at:
http://fineartfinals-artez.com/

Art The Hague is een succes

Invitation for the opening of the exhibition of the 3 nominees for the ‘O-68 Prijs voor Nederlandse/Duitse Beeldend Kunstenaars’: Mariska de Groot, Heidi Linck and Casper Verborg.

Who will be the winner of the O-68 prize?

Art Gallery O-68 installed a new prize, the ‘O-68 Prize for Dutch/German Visual Artists’. The prize is for artists who have been born or have studied or are living or working in the border provinces of the Netherlands to Germany, and the ‘Kreisbezirk Dusseldorf’ of Germany. It is meant for artists between 7 and 14 years after their last diploma, which appears to be a critical, crucial, time, as it is for scientists and probably many professions including gallerists. We had 18 applications and a professional jury advises us. These are Marcel Doorduin Professor of fine art, ArtEZ, Arnhem, Klaus Ebbers, Galerie Ebbers, Kranenburg, Germany, and Coen Vernooij, established visual artist, Nijmegen. The applicants, were asked to send in images of their work and a brief description of how they are going to spend the  €10.000 of the prize. The jury committee came to the following selection, in alphabetical order: Mariska de Groot, http://mariskadegroot.com/, Heidi Linck, http://heidilinck.nl/, and Casper Verborg: http://www.casperverborg.nl/. These 3 artists will have an exhibition in Art Gallery O-68 from 2 November up to 14 December. During the opening reception on 2 November from 3-5 pm, the winner will be announced. Welcome. RSVP. 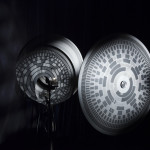 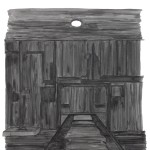 Art Gallery O-68 has its second birthday now. To celebrate this we organize a French SALON with works of artists who had exhibitions in these two years:

In UP TO ART GALLERIES the art journal COLLECT recommends the exhibition FOUND IN TRANSLATION by Jacob Kerssemakers en Elies Auer as one of the 5 to visit this month.

I am looking forward to the new exhibition in September:

The works of living artists from Nigeria in my gallery radiate a spirit that reflects loyalty to a multilevel heritage. The pieces reveal a deeply-rooted strain between aspects of this legacy, stirring in the viewer a sense of comprehension of man in this time on this planet.