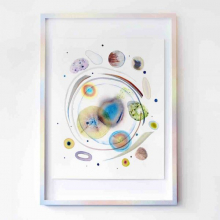 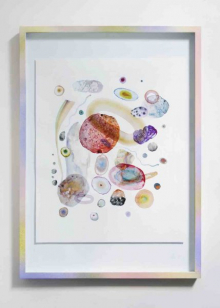 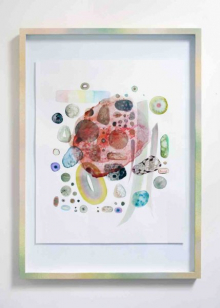 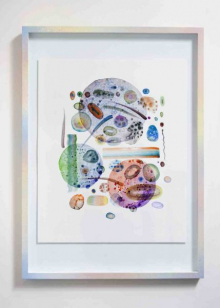 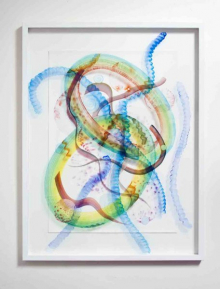 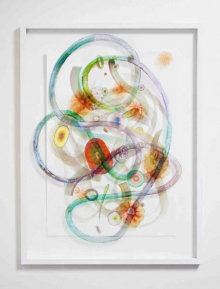 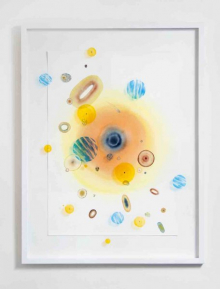 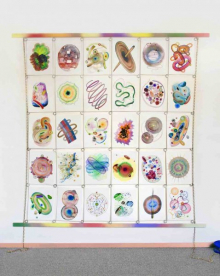 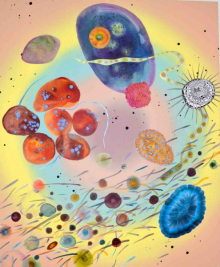 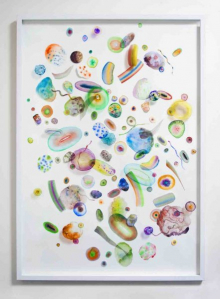 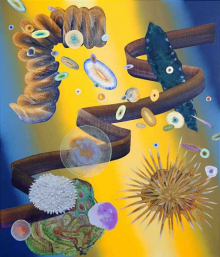 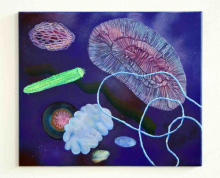 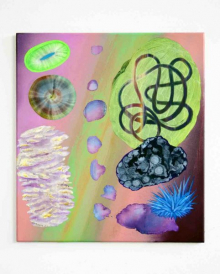 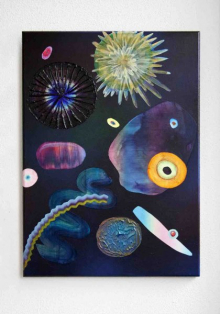 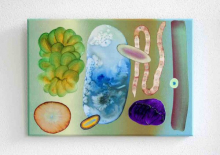 Installation in the cellar of the gallery 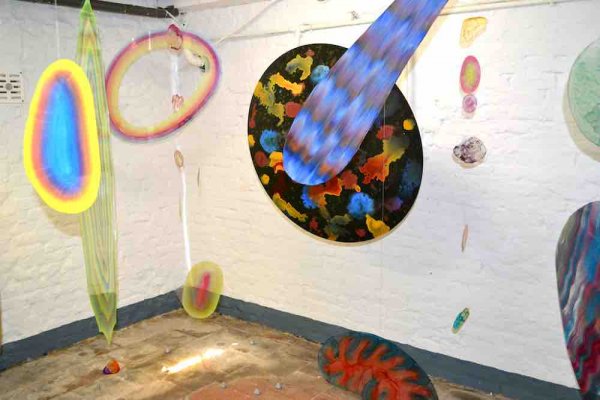 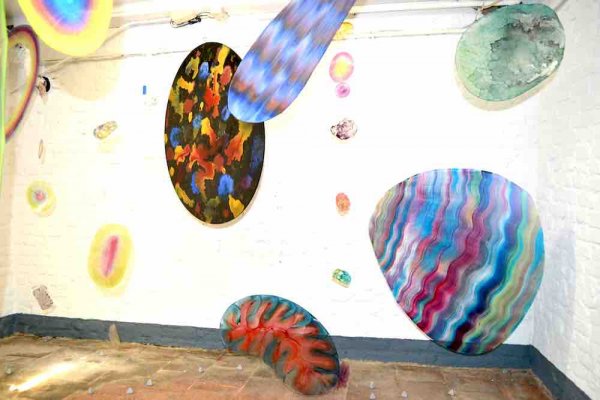 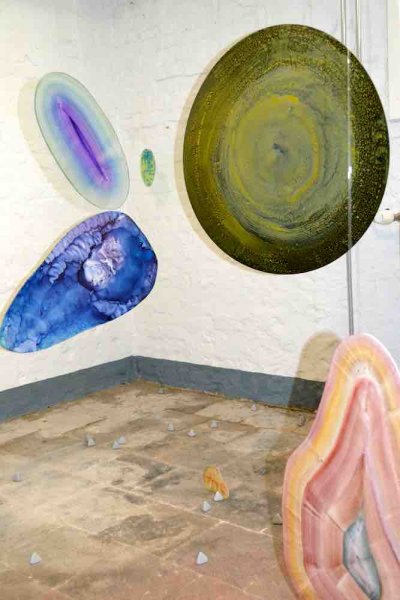 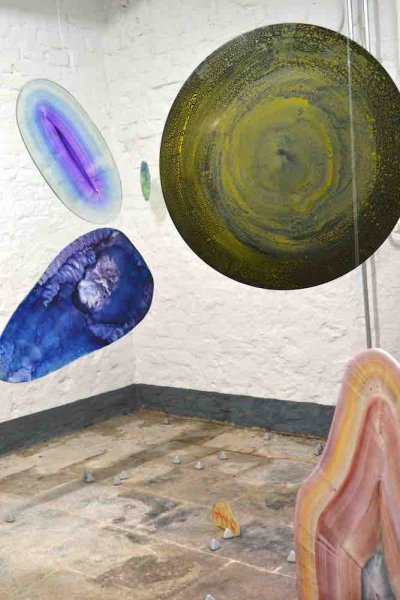 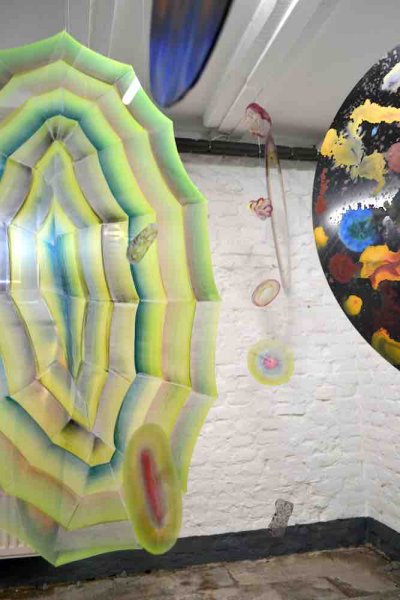 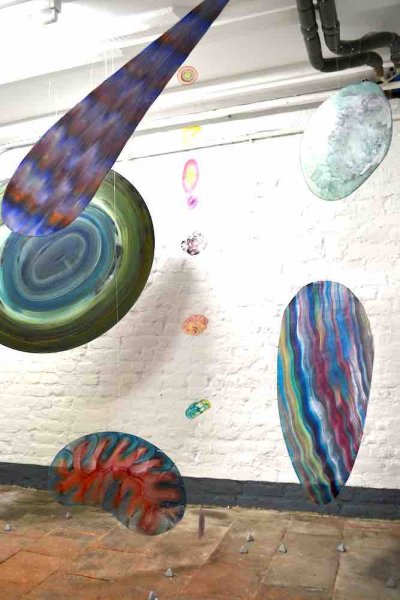 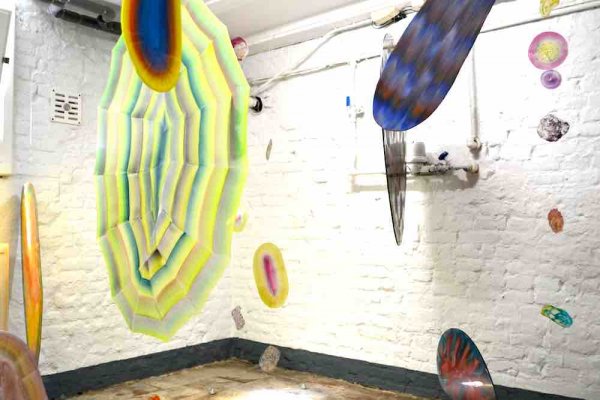 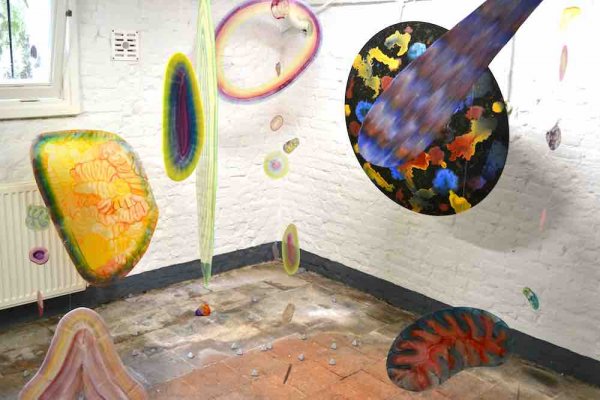 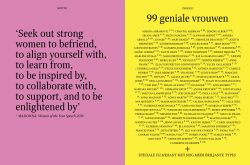 Simone Albers (Nijmegen, 1990) is fascinated by the evolution of the cosmos and the complexity of existence. Using natural scientific research and philosophical theories, she investigates the mechanisms hidden behind the directly perceptible world in an attempt to understand this complexity.
She gets her inspiration from both natural science and philosophy because she believes that both provide answers to our wonder about the existence. It remains a wish, because in the end it will have to be concluded that reality will never be fully comprehensible to us humans. In this daring quest, realizing its ultimate failure, her romantic game of enthusiasm and irony is expressed.
In her work Albers looks for a way to translate the complexity of existence. The starting point is always the landscape, in the broadest sense of the word, that is fragmented and layered to show hidden mechanisms. It concerns a space, fictitious or not, within which a spectacle of different objects that together tell a story is unfolding. The works often consist of several parts with tension between the individual objects and the whole, between the diversity and the unity. Each part is both an independent system and part of a larger one.