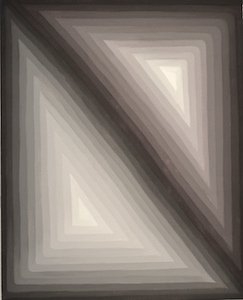 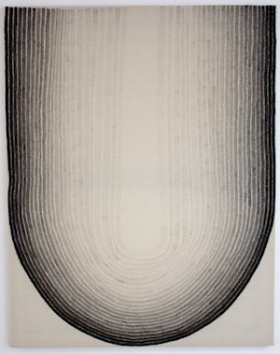 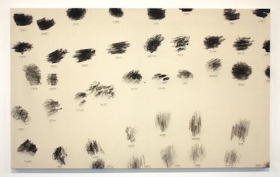 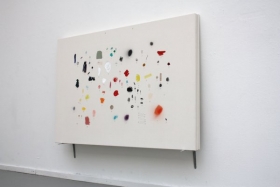 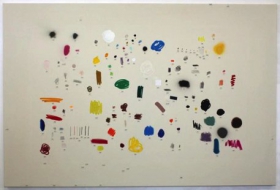 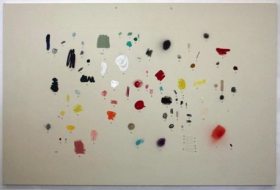 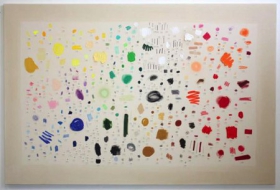 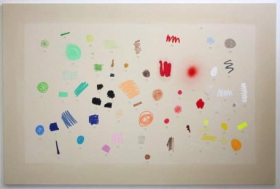 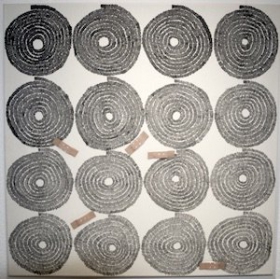 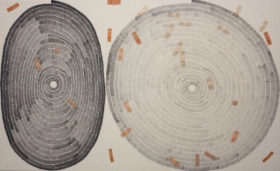 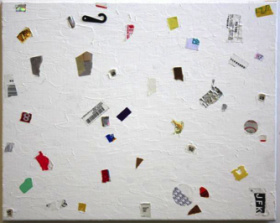 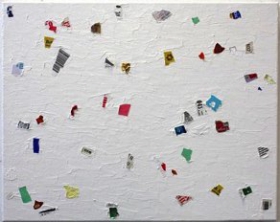 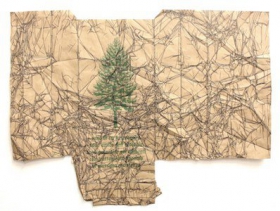 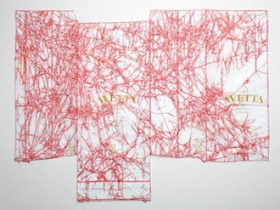 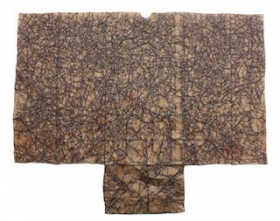 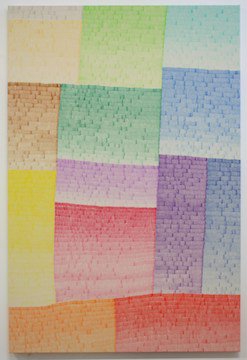 The inspiration of the artist

Wieteke’s inspiration, almost her obsession, lies in the fact that everything is temporary, the marker, the paint, the number of creases to be lined, the artist herself, you and me, even the earth. But when the marker ink disappears an artwork is created. Call it the second law of thermodynamics, which states that the entropy of an isolated system never decreases.

Wietekes’s art works spontaneously evolve from a certain object, for instance a brown bag, its first meaning, towards a work of art in which all the creases in the crumpled paper of the bag have been drawn with a marker pen, its second meaning. The third meaning, Wieteke says, is happiness for the artist. As much as disappearance and appearance are important for Heldens’s art, the history in between them is important, the history of the paper bags, of herself, of the world, of you.

And like we can only imagine, not see, a person’s history, a town’s history, the world’s history, also in her ‘Legend’ paintings the observer cannot see the history, literally. ‘The Legend of The Hague and New york, the two cities where Wieteke lives and works, consist of a number of paintings, which have to be put behind each other, not next to each other. It is for the observer to imagine the history behind the present. Wieteke’s work is about her, but as much about you and me, about all of us in this evolving world.